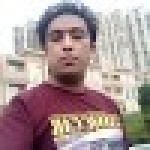 The Delhi Metro today launched an exhibition on ‘Partition Remembrance Day’ at Rajiv Chowk Metro Station. The exhibition was formally inaugurated today at 11 AM by Sh. Vikas Kumar, MD, DMRC in the presence of DMRC’s Directors and senior citizens. The exhibition has been set up as per the directions of the Ministry of Culture, Government of India, as part of the ongoing Azadi Ka Amrit Mahotsav (AKAM).

The Partition Horrors Remembrance Day has been envisaged to bring to light the agony, suffering and pain of millions of people who were the sufferers of partition. It is to remind the country of the largest displacement of human population in the last century, which also claimed the lives of a large number of people.

To showcase the sufferings of the partition affected people, an exhibition has been curated jointly by the Indian Council of Historical Research (ICHR) and Indira Gandhi National Centre for the Arts (IGNCA). This exhibition, in English and Hindi, is also available in digital format at the website address https://amritmahotsav.nic.in/partition-horror-remembrance-day.htm.

The exhibition will be open for visitors from 10th August 2022 to 14th August 2022. A similar exhibition has been set up at Kashmere Gate Metro station as well. In this year of Azadi Ka Amrit Mahotsav, when the nation completes 75 years of independence, the Partition Horrors Remembrance Day is being observed throughout the country.